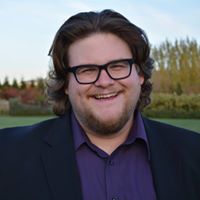 Nittany Ballad was written for the Penn State Tuba Euphonium Ensemble for their performance at the 2014 International Tuba Euphonium Conference held at Indiana University in Bloomington, Ind.

The piece represents the geography of "Happy Valley", which is the nickname of the valley where Penn State's campus is located. The main reminiscing theme leads to lush minor 7th chords that ultimately give way to a triumphant climax before relaxing to a poignant close.