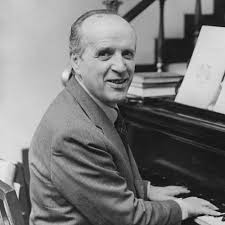 Rota was a renowned child prodigy -- his first oratorio, L'infanzia di San Giovanni Battista, was written at age 11 and performed in Milan and Paris as early as 1923; his three-act lyrical comedy after Hans Christian Andersen, Il Principe Porcaro, was composed when he was just 13 and published in 1926. He studied at the Milan conservatory there under Giacomo Orefice and then undertook serious study of composition under Ildebrando Pizzetti and Alfredo Casella at the Santa Cecilia Academy in Rome, graduating in 1930.

Encouraged by Arturo Toscanini, Rota moved to the United States where he lived from 1930 to 1932. He won a scholarship to the Curtis Institute of Philadelphia, where he was taught conducting by Fritz Reiner and had Rosario Scalero as an instructor in composition. Returning to Milan, he wrote a thesis on the Renaissance composer Gioseffo Zarlino. Rota earned a degree in literature from the University of Milan, graduating in 1937, and began a teaching career that led to the directorship of the Liceo Musicale in Bari, a title he held from 1950 until 1978.

During his long career Rota was an extraordinarily prolific composer, especially of music for the cinema. He wrote more than 150 scores for Italian and international productions from the 1930s until his death in 1979—an average of three scores each year over a 46-year period, and in his most productive period from the late 1940s to the mid-1950s he wrote as many as ten scores every year, and sometimes more, with a remarkable thirteen film scores to his credit in 1954. Alongside this great body of film work, he composed ten operas, five ballets and dozens of other orchestral, choral and chamber works, the best known being his string concerto. He also composed the music for many theatre productions by Visconti, Zeffirelli and Eduardo De Filippo as well as maintaining a long teaching career at the Liceo Musicale.

He received the Academy Award for Best Original Score for The Godfather Part II (1974).