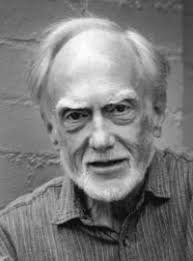 Butterley learned to play the piano at the age of five. He attended Sydney Grammar School, but music wasn't taught at the school at that time, so he sought training from the Sydney Conservatorium of Music. He then travelled abroad and spent a year in Europe, where he studied with Priaulx Rainier in London.

After returning to Australia he composed his work Laudes in 1963. He won the Prix Italia for his work In the Head the Fire in 1966. In 1967 he was the inaugural winner of the Albert H. Maggs Composition Award. He continued to compose throughout the following decades, composing works for the Sydney Proms concerts such as Interaction for Artist and Orchestra, music performed while artist John Peart painted and First Day Covers, a collaboration with Barry Humphries' character Dame Edna Everage. Butterley went on to win the Paul Lowin Orchestral Prize in 2001.

He lectured at the Newcastle Conservatorium from 1973 to 1991, and later at the Sydney Conservatorium. He has also broadcast programs on ABC Classic FM.

On 10 June 1991 Nigel Butterley was appointed a Member of the Order of Australia (AM), "in recognition of services to music".

Butterley is one of the most individual Australian composers of the twentieth century. His music is frequently lyrical and highly personal in style, often communicating spiritual, humanitarian and philosophical concepts inspired by great poets and thinkers, both contemporary and historic. Today, Butterley is best regarded for his contribution to Australian composition from the 1960s, where he and his equally successful peers, Peter Sculthorpe and Richard Meale, openly embraced modernist compositional styles in Australian music for the first time.