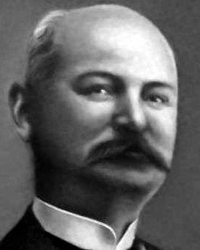 This work also may appear under its title in German, Neue Kameraden

The important phases of Carl Teike’s life are well known: The time of his education at Wollin, his military duty in Ulm, which, after a promising beginning did not end in a way that Teike had presumably expected. Then there is the short “Upper Swabian excursion” to Ravensburg and finally there are the years in Potsdam as a member of the Royal Police Force. After severe illness there are the final years that he spent in Landsberg an der Warthe (now Gorzów Wielkopolski) as a district messenger.

Carl Teike composed during all of those years and left behind a substantial number of works. Most of them were marches which Karl Anton Döll listed in his fine book Old Comrades dedicated to the memory of his uncle Carl Teike. In 1966 thrilling marches still aroused interest, as it almost created a sensation when a new unknown march by Teike was found. Döll suggested as title New Comrades, thus alluding to his uncle’s masterpiece Old Comrades. The principal director of music of the German Federal Armed Forces, Colonel Stephan, personally produced the first recording of this march. Then silence settled down and the piece almost fell into oblivion.