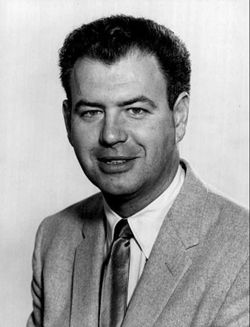 Following his father's interest in music, Riddle began taking piano lessons at age eight and trombone lessons at age fourteen. A formative experience was hearing Serge Koussevitsky and the Boston Symphony Orchestra playing Maurice Ravel's Boléro. Riddle said later: "... I've never forgotten it. It's almost as if the orchestra leaped from the stage and smacked you in the face ..."

By his teenage years he had decided to become a professional musician; "... I wanted to be a jazz trombone player, but I didn't have the coordination."So his inclinations began to turn to writing — composing and arranging.

After his graduation from Rumson High School, he spent his late teens and early 20s playing trombone in and occasionally arranging for various local dance bands, culminating in his association with the Charlie Spivak Orchestra. In 1943, Riddle joined the Merchant Marine, serving at Sheepshead Bay, Brooklyn, New York for about two years while continuing to work for the Charlie Spivak Orchestra. He studied orchestration under his fellow merchant mariner, composer Alan Shulman. He gave up professional playing after the service and studied orchestration and composition with Maria Ceastlnuovo-Tedesco. In the 1940s, he played trombone and was an arranger for several big bands, including those of Tommy Dorsey and Bob Crosby.

Riddle then joined NBC radio as a staff arranger and conductor. He worked with many popular singers, including Peggy Lee, Judy Garland, Nat “King” Cole and Ella Fitzgerald, among others. He also arranged a number of film musicals, including Guys and Dolls, High Society and Pal Joey.

In the 1960s and 1970s, Riddle was active creating music for films and television. He won an Academy Award for his music to the film The Great Gatsby and he provided music for the inaugurations of President John F. Kennedy (1961) and President Ronald Reagan (1985). His last effort was the collaboration with singer Linda Ronstadt on three albums of popular songs from the 1920s and 1930s.