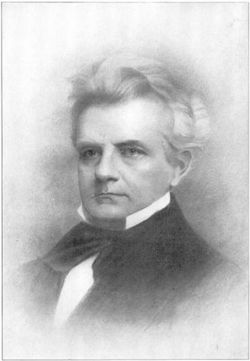 "Nearer, My God, to Thee" is a 19th-century Christian hymn by Sarah Flower Adams, which retells the story of Jacob's dream. Genesis 28:11–12 can be translated as follows: "So he came to a certain place and stayed there all night, because the sun had set. And he took one of the stones of that place and put it at his head, and he lay down in that place to sleep. Then he dreamed, and behold, a ladder was set up on the earth, and its top reached to heaven; and there the angels of God were ascending and descending on it..."

The verse was written by the English poet and Unitarian hymn writer Sarah Flower Adams at her home in Sunnybank, Loughton, Essex, England, in 1841. It was first set to music by Adams's sister, the composer Eliza Flower, for William Johnson Fox's collection Hymns and Anthems. However, the hymn is usually sung to the 1856 tune Bethany by Lowell Mason.

The hymn is well known, among other uses, as the alleged last song the band on RMS Titanic played before the ship sank.