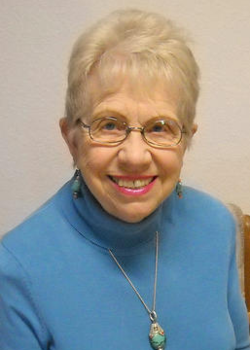 Nancy Bloomer Deussen (b. 1 February 1931, New York, N.Y.) is a prominent San Francisco Bay Area composer and co-founder of the Bay Area chapter of The National Association of Composers, USA.

Nancy's career as a composer began in the 1950s, and from the outset she drew inspiration from the natural world — a fact reflected in the evocative titles given to many of her scores. Espousing a strong environmental ethic, she is keenly aware that human life now and in the future will depend on the conservation of the Earth's precious resources. To this end she has applied her creative talent for the benefit of those groups that share her concerns, with a view towards expanding public awareness of key ecological issues.

She has been a dedicated champion of more accessible contemporary music, a viewpoint amply demonstrated in all of her works. A composer who is well-loved by audiences, Bloomer Deussen has received numerous commissions from such performing ensembles and soloists as The Oakland Chamber Orchestra, The Walnut Street Chamber Ensemble (PA), The Baton Rouge and Augustana Concert Bands, and the De Anza College Chorale and Women's Chorus.

Her works encompass a wide spectrum of performers and include works for band, chorus, orchestra (full, string and chamber), many chamber music combinations, recorder consort, flute, clarinet and violin solo, piano solo, brass ensemble and solo voice and piano. She has received numerous performances by such orchestras and ensembles as The Marin Symphony Orchestra, and numerous chamber ensembles, brass ensembles, bands and soloists across the country.