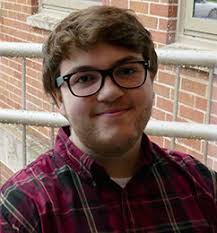 NABIL ABAD is a composer of large ensemble and chamber music from Cleveland, Ohio. He is currently [2018] a student at the Baldwin Wallace Conservatory working towards his bachelor’s degree in composition. His principal teachers in composition have been Clint Needham and Jonathan Sokol.

Abad’s music has been performed by a number of ensembles including the Cleveland Chamber Symphony, the Baldwin Wallace Symphony Orchestra, the Kenari Quartet and multiple chamber ensembles made up of various Baldwin Wallace Conservatory students. In 2018, Abad’s Seven Miniatures for Strings was awarded second place in the Cleveland Composers Guild collegiate competition.