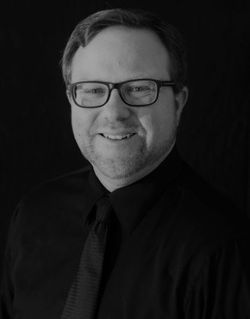 Mysterious Marvels is my response to a request by Daniel Crain, whom I am thrilled to have as a colleague and coworker, for a fanfare for the Lakeland Civic Band, a group which is one of the crown jewels of the school where I teach, Lakeland Community College. I had recently presented on my research into the Centennial Fanfares commissioned by the Cincinnati Symphony Orchestra -- a “where are they now?” project intended to satisfy my own curiosity about a set of pieces I heard premiered as a music student in the mid-1990s. Fanfares were on my mind, and Dan’s timing was perfect. I put together an enormous YouTube playlist of fanfares of all shapes and sizes, and Dan and I discussed our favorites, some of which influenced the resulting piece. Mysterious Marvels announces and celebrates the tremendous talent of the Lakeland Civic Band, and attempts to draw the audience further into the concert experience by promising still greater things to come, in the fashion of works like Janaček’s Sokol Fanfare, or Emerson, Lake & Palmer’s Karn Evil 9.

Like naming a newborn child, deciding on the title of a piece can be tricky, so the savvy composer is on the lookout for possible names for their compositions (I also collect possible names for rock bands, in case I ever start one). My wife purchased a set of decorations for my son’s eighth birthday party with a magic theme that included a poster with a drawing of a mustachioed, top-hatted magician. My son, receiving a magic set for his birthday, donned the top hat, cape, and wand, and insisted we refer to him by his new stage name, taken from the poster: Mysterious Marvels. I added that phrase to my list of possible titles, and as my fanfare for Dan and Lakeland developed, I realized that it fit the music that was taking shape. I also thought about my colleague’s work with marching bands, something I also once did for a living, and the way that, over a summer, a mysterious marvel takes place as a large group of individuals becomes a unified musical force that awes all who encounter it, and changes permanently those who are involved. For some, like Dan and myself, that mysterious marvel sets us on a path that will shape our adult lives, just as for many (like the lucky ones in the Lakeland Civic Band), it is only the beginning of a lifetime of playing band music.