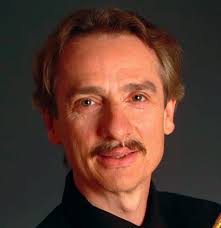 Allen Vizzutti’s grandparents emigrated to America from Tuscany. His 92-year-old father , Lido, who lives in Montana, is [2019] still vibrant and energetic and plays his trumpet every day. My Italian Heart was written for and is dedicated to him.

My Italian Heart was completed in January 2014 and premiered the following March with the Rochester (N.Y.) Philharmonic with Allen Vizzutti as soloist. The concept of the piece was to write a neo-Romantic work reminiscent of Italian opera using trumpet as the solo voice. The gala premier was met with a standing ovation.

A long cadenza-like recitative is the first music to be heard. It is followed by a substantial and sonorous orchestral introduction leading to the main theme performed by the soloist. When the orchestra then takes command repeating the theme, the solo trumpet weaves in and out of the texture with melody and counter-melody.

There are two recurring themes used throughout My Italian Heart, both of which are romantic and song-like. Surrounding the texture are through-composed sections of music both colorful and dramatic. All the while the trumpet soloist is salaciously [sic] soaring and singing.

The composer re-orchestrated My Italian Heart especially to perform it with the Utah Wind Symphony. Because it was born as an orchestra piece, the performance demands on the wind symphony are quite high.