Music for Winds and Percussion 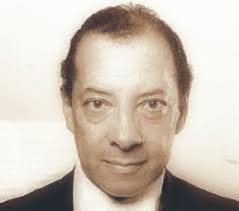 This work bears the designation Opus 152.

The piece was commissioned in 1989 by the International Festival for Contemporary Music in Uster, Switzerland, and it was supposed to be premiered in that event by the Perugia Symphonic Band. However, the ensemble canceled its appearance, and the original premiere did not occur. The piece was premiered on September 25, 1993, in the same event, by the Royal Northern College of Music Wind Ensemble, conducted by Clark Rundell.

Música para Orquesta de Vientos y Percusión Op. 152 is organized in five movements, and they exhibit several of Atehortúa’s fingerprints, including his recurrent use of octatonic scales, his intense rhythmic activity, passages in aleatoric writing, and the use of Colombian rhythms, particularly evident in the second movement, Scherzo-Bambuco. As present in other of his pieces for large ensembles, Atehortúa contrasts big and small forces between movements. For instance, movements 1, 2, and 5 are for full band, with dense instrumentations and loud sonorities, whereas in movements 3 and 4, the band is totally treated as a collection of chamber ensembles, with lots of solo lines in lyrical style and some instruments of the full ensemble completely absent.

The music was originally published by Ballerbach in 1999, but when that company went out of business, the copyright was returned to the composer. The set of instrumental parts only exist in manuscript form, and the score was lost. The piece has been professionally edited from the manuscript parts in 2019 by Rubén Darío Gómez, former Atehortúa pupil, as part of his doctoral dissertation at the University of Nebraska-Lincoln, and the present concert represents the first performance made using that edition.