Mountain of the Sun 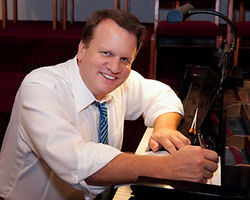 Mountain of the Sun is a commissioned work for the American International School of Muscat, Oman. From the mysterious opening statement depicting a beautiful Middle Eastern sunrise to the fiery Arabic dance music, this vivid work embraces the Middle Eastern passion for their culture. The rhythms and tonalities tell the story of the traditions which have sustained the Omani people for untold centuries. Let yourself be drawn in by the mysterious melodies of the opening before being whisked away with a sudden change in style and tempo. The fervor continues to build, augmented with hand clapping, as the work drives to the spirited and festive finish.

Commissioned by the American International School of Muscat, Sultanate of Oman, for the opening of its new Performing Art Center; Tim Willson, Band Director.

Jebel Shams (Arabic: جَبَل شَمْس‎, romanized: Mountain of Sun) is a mountain located in northeastern Oman north of Al Hamra town. It is the highest mountain of the Hajar range and the country. The mountain is a popular sightseeing area located 240 km (150 mi) from Muscat. The restricted north summit is 9872 feet high, while the accessible south summit is 9833 feet. In the summer, temperature is around 20 °C (68 °F) and in the winter it drops to less than 0 °C (32 °F).