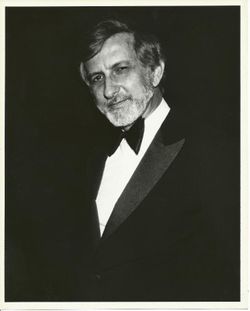 Peters held the Performer's Certificate and bachelor's and master's degrees from the Eastman School of Music, where he studied with William Street. Upon graduation, he served as timpanist with the 7th U.S. Army Symphony Orchestra. He later was principal percussionist of the Dallas Symphony before taking the principal percussion position in the Los Angeles Philharmonic in 1969. When principal timpanist William Kraft retired in 1981 to pursue his career as a composer, Peters stepped up to assume the role as timpanist, a position he occupied through the Los Angeles Philharmonic's 2005/2006 season.

Peters was also a member of the Philharmonic New Music Group and recorded a wide array of contemporary works as a chamber musician.

Peters became the applied percussion teacher at California State University, Los Angeles shortly after joining the LA Philharmonic. During his tenure as timpanist, he took the position as professor of percussion at the University of California, Los Angeles. In May 2012, Peters retired from teaching. Hisother faculty positions included the Music Academy of the West in Santa Barbara from 1990 to 2002, and UCLA, where he taught percussion and conducted the percussion ensemble.

As a widely published author and composer, Peter's works and instructional materials are highly regarded throughout the United States and abroad. He owned and operated a music publishing company that handled percussion works exclusively. In 2006 he was awarded a lifetime achievement award from the Sabian Cymbal Company.