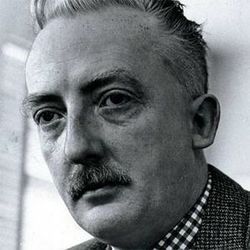 The title translates from the Gaelic as "I Am Ireland."

Mise Éire (Irish for "I [am] Ireland") is a 1912 Irish-language poem by the Irish poet and Republican revolutionary leader Patrick Pearse. In the poem, Pearse personifies Ireland as an old woman whose glory is past and who has been sold by her children. The title of the poem was used as a title for a 1959 documentary film by George Morrison, which dealt with key figures and events in Irish Nationalism between the 1890s and the 1910s, including Pearse himself. A poem of the same name by Eavan Boland was written as a counter to Pearse's poem, and its treatment of Ireland and her children.

In 1959 he scored a documentary film by George Morrison called Mise Éire ("I am Ireland"), about the founding of the Irish Republic. The recording is conducted by Ó Riada himself. Mise Éire brought him national acclaim and allowed him to start a series of programmes on Irish radio called Our Musical Heritage. Ó Riada told people that one should listen to sean-nós song either as a child would listen or as if they were songs from India.

In 2016, the Pearse poem was translated to song for the score of the PBS documentary series 1916: An Irish Rebellion, curated by the Keough-Naughton Institute for Irish Studies at the University of Notre Dame. The song, also titled Mise Éire, was composed by Patrick Cassidy and performed by the RTÉ Concert Orchestra with vocals by Sibéal Ní Chasaide.