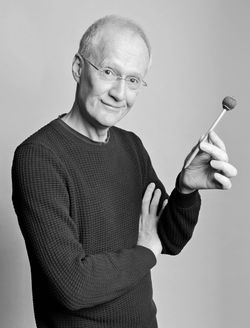 The title is derived from "Minimal Music", and that says almost everything about the type of composition. I wrote it for Die 3 lustigen 5, a ludicrous ensemble from my student days.

The mini quintet was created, while I was living in Vechta, on a “ stubble market ” weekend. I hardly noticed any of this, however, since I was fully occupied with the ostinati figures, which shift rhythmically against each other in a sophisticated way and weave into a polyphonic harmonic context. Perhaps that is why it has a lively, happy mood.

- Program Note by composer (rendered from the German by Google Translate)