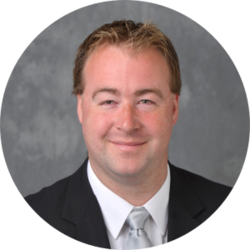 This unique work for advanced ensembles explores three fundamental minimalist approaches, but through the lens of very atypical styles to the minimalist genre. Influenced by the masterworks of Glass, Riley, and Adams, the composer uses a limited melodic/rhythmic palette to maximum effect, even including a rock-inspired shout section leading to a furious conclusion.

Minimalist Dances was written as kind of a challenge; I wanted to see how much musical interest could be generated from only a very small amount of source material. The first section relies almost exclusively on syncopated rhythmic layers to create the texture (a bit of a nod to John Adams Short Ride in a Fast Machine and Terry Riley’s In C). The middle dance utilizes a single accompanying rhythm with insistent melodies above very limited harmonies. The final dance is a bit of tongue-and-cheek reference to how “minimalist” pop music can be; the standard “50s Progression” in minor key provides the entire harmonic basis for the finale of the work. More than anything else, Minimalist Dances was written to provide an engaging playing and listening experience through musical texture more than melodies.