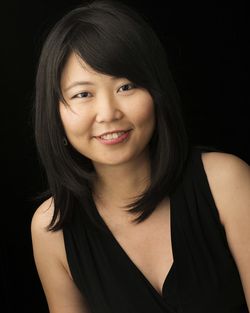 Ming-Hsiu-Yen (b. 1980, Taiwan) is a Taiwanese composer, pianist and educator.

Dr.. Yen holds degrees from the University of Michigan (DMA in composition; MM in composition and in piano performance) and the Eastman School of Music (BM in composition and in piano performance, with a distinguished honor of Performer's Certificate). At the University of Michigan, she was funded with full scholarship and was awarded the distinguished Rackham Predoctoral Fellowship during her final year. Her primary composition teachers have included Bright Sheng, William Bolcom Betsy Jolas, David Liptak, Ricardo Zohn-Muldoon, Christopher Rouse, Steven Stucky, and Gordon Shi-Wen Chin. As a fellow of 2008 Minnesota Orchestra Composer Institute, she worked with Aaron Jay Kernis. She has also studied with Herbert Willi at the 2007 Pacific Music Festival, and with Sydney Hodkinson at the 2006 Aspen Music Festival and School. Her piano teachers in the United States have included Logan Skelton, Nelita True and Vincent Lenti.

Actively performing as a soloist and chamber musician, Dr. Yen was awarded prizes from the 2009 Grieg Festival Young Artists Competition and the 2006 Young Artist Competition of the Ann Arbor Society for Musical Arts. She is also a two-time winner of the University of Michigan Concerto Competition, performing concertos by Barber in 2004, by Corigliano in 2008, and Yen’s own concerto in 2005 with the University of Michigan Symphony Orchestra. She is winner of the twenty-second Asian Composers League Yoshiro Irino Memorial Prize and Heckscher Composition Prize, and was awarded prizes from the League of Composers/ ISCM-USA Competition, the governmental Literary and Artistic Creation Competition (Taiwan), and the Sun River Composition Competition (China).