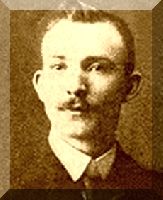 Bucket brigades, hand pumps, steam and gasoline pumpers, aerial and water-tower trucks, high-pressure trucks, and several other types of equipment have been used in fighting fires during the last few centuries. During the 20th century many of the large city fire departments had their own bands, sometimes conducted by directors who were also composers. George Briegel of New York, Fortunato Sordillo of Boston, and Carl Dillon of St. Paul all wrote marches for their fire department bands.

Krance’s arrangement of The Midnight Fire Alarm by Harry Lincoln is a good-natured thrust at the novelties of the early concert bands. Using all the resources of the band, especially the percussion section, the piece moves at a furious pace, much in the manner of the silent-movie fight scene music.