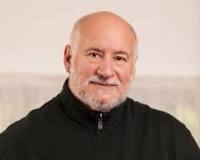 Michael Udow (b. 10 March 1949, Detroit, Mich.) is an American percussionist and composer.

Udow began his musical studies at the piano. After several years, he gravitated towards percussion. At the age of eleven his family moved to Wichita, Kansas, where he joined the Wichita Youth Symphony. In his first rehearsal with Roger Roller on the podium conducting George Enescu’s Romanian Rhapsody, Udow recalls being overwhelmed with the sound world of the strings, winds, brass and percussion; this pivotal experience provided the pathway for his life, which continued with four summers at the National Music Camp at Interlochen where his percussion teacher, Jack McKenzie, encouraged Michael to compose. Later, at the Interlochen Arts Academy, Michael began his formal composition studies with Warren Benson.

Arriving at the University of Illinois in the fall of 1967, John Cage’s monumental Music Circus “happened”. That was the beginning of Michael’s comprehensive college education interacting constantly with composers. During his undergraduate studies Michael received a BMI Student Composers Prize for his composition Seven Textural Settings of Japanese Haiku. After joining the New Orleans Philharmonic and then on to the Fulbright to Poland, Michael returned to the United States to tour with the historic groundbreaking Blackearth Percussion Group. Ultimately returning to Illinois with a Creative Arts Fellowship, he continued his composition studies and matriculated with a MM and the first DMA degree in percussion performance from the University of Illinois in 1978.

After late nights during summer months at the opera and while teaching during the winters, Udow continued to compose, including two operas as well as numerous symphonic, chamber and solo works. Michael recently completed Stepping Stones, a marimba duet, for Eriko Daimo and Pius Cheung and is currently completing a new orchestral and a new wind ensemble work.

Having retired after a distinguished career at The Santa Fe Opera (Principal Percussion 1968-2009) and the University of Michigan (1982-2011 Emeritus Professor), Michael devotes his full time energies towards composing. Michael continues to provide short term composition and percussion residencies at conservatories and universities around the world, most recently in China, Japan, Korea and the USA.