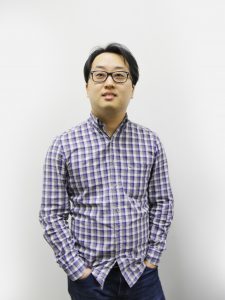 Michael Myounghoon Lee (b. 1987, Atlanta, Ga.) is a Korean-American composer and educator.

Dr. Lee's first musical experiences were through the trumpet. He is a graduate of the USC Thornton School of Music (DMA), The Juilliard School (MM), and the Eastman School of Music (BM). He has studied composition with Donald Crockett, Frank Ticheli, Samuel Adler, Ray Lustig, Ricardo Zohn-Muldoon, David Liptak, Robert Morris, and Bruno Amato.

Lee's background is in composition, theory, post-tonal analysis, and aural skills pedagogy. Eclectic in styles and notations, his music has been cited for its “rhythmical drive [and] traditional harmonic touches that are both surprising and inevitable” [Portland Herald Press], and “Elsewhere, tradition is gleefully thrown to the wind—such as with Lee’s stunning Farewell… for string quartet, with its ever-shifting rhythms, timbres, and moods” [PARMA/Navano Records].

Experienced teaching composition and theory, he is currently [2021] teaching at Chapman University and has taught at the USC Thornton School of Music as a lecturer of composition, theory, and individual instruction.