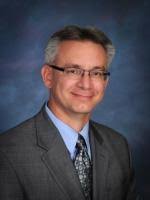 With over 300 instrumental arrangements, transcriptions and compositions to his credit, Dr. Golemo has had works performed by a variety of performers and ensembles, including Louie Bellson, Wynton Marsalis, Anita Baker, Simon Estes, William Warfield, the Akron Symphony Orchestra and the Des Moines Symphony.

As a saxophonist, he has performed with the Akron Symphony Orchestra, the Cleveland Jazz Orchestra, the Chicago Bears Jazz Band, Natalie Cole, The Temptations, and over 20 other headline acts.