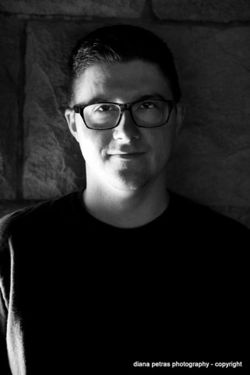 Metropolis is a German silent film directed by Fritz Lang, which premiered on January 10, 1927, in Berlin, during Germany’s Weimar Period. The film is one of the finest examples of German Expressionism and tells the dystopian story of a futuristic city in which a humanoid Robot rallies the Workers against the neglect and excesses of the ruling class. Chad Jacobsen edited the 2 hour and 15- minute film into an abridged 33-minute version for this project.

Since the late 1970s, there has been a renewed interest in the music that accompany films from the Silent Film Era (1895–1930), sparking both the revival of original scores and the composition of new scores for silent films. These modern scores involve a diverse collection of artists, musical styles, and venues that—in combination with the silent film themselves—belong to a new genre termed live cinema. Since the mid-1980s, enthusiasm for live cinema has grown and can be an important vehicle of expression for composers. To better understand this genre, it is necessary to explore both the history and performance practice of the Silent Film Era, as well as the live cinema movement of today. These new film scores employ a variety of styles and instrumentation, yet few compositions are written for wind band. I have collaborated with composer Nathan Jones and film editor Chad Jacobsen to create and perform a work based on the film Metropolis (1927, dir. Fritz Lang). Our piece, entitled Metropolis Triptych, will include a 33-minute version of the original film, edited into three movements. It is our hope that this project will influence other composers and performers to produce similar works for wind band and film.

Metropolis Triptych is structured in three large sections. These sections reflect Lang’s original division of the screenplay into three tableaux: “Prelude,” “Intermezzo,” and “Furioso.” These are also the titles I used for each movement. A triptych is a type of visual art form in which a three-panel painting or carving depicts a scene in three sections or panels. I found it appropriate to mix this visual art form with the musical form since I am using a visual element for the piece.