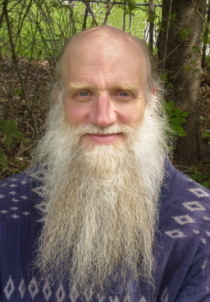 Subtitle: On an Original Cakewalk

A good-natured and supremely catchy original cakewalk tune, in Kallman's hands, surprisingly transforms into minimalistic music propelled by a xylophone ostinato, then back again. A classic old American song-form with a new twist.

Metamorphosis on an Original Cakewalk (1987/2005) was the third commission Kallman received and his first work for wind symphony. Written for the Hudson High School Concert Band, the work received its premiere performance at the Wisconsin State Conference of Music Educators in 1987, with Kristin Tjornehoj conducting.

As the title implies, the main musical inspiration comes from the cakewalk, a late nineteenth and early twentieth-century dance of African American origin. The familiar rhythm of the cakewalk along with Kallman’s original tune frames the middle section of the work. Kallman describes this section as (“disintegration or ‘metamorphosis’ into a minimalist development where the instruments are formed in independent families, each repeating melodic or rhythmic fragments within their own metrical structures.”) The xylophone maintains the constant cakewalk rhythm throughout the extended middle section while the music is built back before the restatement of the opening material and a brief coda.