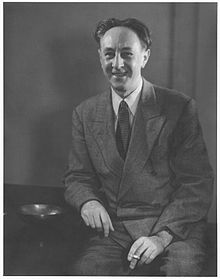 In 1942, the appalling news reached America that the Czech village of Lidice had been burned to the ground by the Nazis in retaliation for the assassination of Gauleiter Heydrich by the Resistance. The town's men were shot, its women and children carried off to concentration camps, and all evidence of its existence wiped from the earth.

The following year, the American League of Composers asked Martinů and several other composers to commemorate the tragedy at Lidice with appropriate music. Memorial to Lidice was written within a few days in August 1943 at Darien, Connecticut. The composition was first performed on October 2, 1943, at Carnegie Hall, New York, by the New York Philharmonic Orchestra under Artur Rodzinski, at the celebration of the 25th anniversary of the Czechoslovak Republic. The work is a single broad movement that progresses solemnly but without despair to its climax, which quotes the opening of Beethoven's Fifth Symphony, the tonal symbol of the free world during World War II. Following the premiere, the critic Oscar Thompson wrote in the New York Sun, “Memorial to Lidice is a chant and prayer, somber but not depressed in mood, aglow with restrained feeling, steady and strong in spirit.”

This wind setting was arranged and premiered by the Eastman Wind Ensemble in 1995.

Pámátník Lidice (Memorial to Lidice in English) is a roughly eight-minute orchestral composition for a symphony orchestra, dedicated as a solemn tribute to the victims of the Nazi occupation of Czechoslovakia. Despite the fact that Bohuslav Martinů composed it in exile, he proved that his thoughts remained inextricably linked with his native land. He completed the work on 3 August 1943, according to Harry Halbreich's catalog, where it bears the number H. 296.