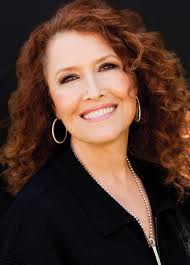 Manchester started a singing career at an early age, learning the piano and harpsichord at the Manhattan School of Music, singing commercial jingles at age 15, and becoming a staff writer for Chappell Music while attending Manhattan's High School of Performing Arts. Her debut album, Home to Myself, was released in 1973; Manchester co-wrote many of its songs with Carole Bayer Sager. Beginning in the 1970s, she recorded generally in the adult contemporary genre. She has also appeared as an actress on television, in films, and on stage.

Manchester's awards include a Grammy for best female pop vocal performance for You Should Hear How She Talks About You; Governor's Award from the National Academy of Recording Arts & Sciences for her contributions to the music & recording arts. And her body of work to date as a singer/songwriter was a featured exhibit at the Lyman Allyn Art Museum.