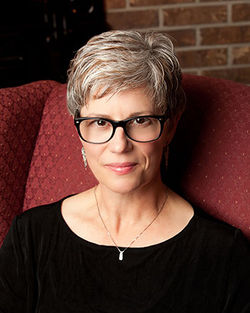 Melinda Wagner (b. 1957, Philadelphia, Penn.) is an American composer.

Commissioned by Paul Lustig Dunkel and the Westchester Philharmonic, her Concerto for Flute, Strings, and Percussion received its premiere in May 1998 and was awarded the 1999 Pulitzer Prize in Music. Falling Angels, commissioned by the Chicago Symphony Orchestra and premiered in 1993, was performed by the American Composers Orchestra in 1995, and again by the CSO in 1996 under the AT&T American Encore series. Since then, major works have included Concerto for Trombone, for Joseph Alessi and the New York Philharmonic; Concerto for Piano and Orchestra: Extremity of Sky, commissioned by the Chicago Symphony for Emanuel Ax; and Little Moonhead, composed for the Orpheus Chamber Orchestra as part of its popular "New Brandenburgs" project.

Ms. Wagner's works have also been performed by the New York New Music Ensemble, the Society for New Music (Syracuse), Orchestra 2001, and other leading organizations. Commissions have come from the Chicago Symphony, Chamber Music Society of Lincoln Center, Barlow Foundation, the Mary Flagler Cary Charitable Trust, the Fromm Foundation, the Ernst and Young Emerging Composers Fund, the American Brass Quintet, and guitarist David Starobin. She is the recipient of numerous honors, including a Guggenheim Memorial Foundation Fellowship, a 1996 Howard Foundation Fellowship, three ASCAP Young Composer Awards, and resident fellowships from the MacDowell Colony and Yaddo.

Melinda Wagner has taught at the University of Pennsylvania, Swarthmore College, Syracuse University, and Hunter College. She is currently [2021] on the faculty of the Juilliard School.