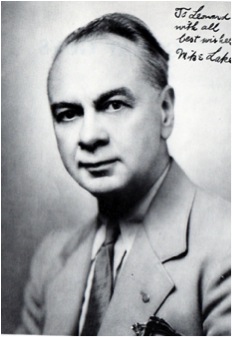 After completing his music education at the New England Conservatory of Music, Lake’s exceptional musical career began with performing as a violinist in the Boston Symphony at the age of sixteen. At 21 he became the conductor of the Payret Theater in Havana, Cuba, the Western Hemisphere’s largest theater company at that time. He conducted many famous theatrical performances before moving to New York in 1910. There he arranged and orchestrated for several composers, including John Philip Sousa and Percy Aldridge Grainger. Lake was later appointed as the editor-in-chief at Carl Fischer, a post he maintained for thirty-five years.

As with many of his contemporaries he used a number of pseudonyms, including Lester Brockton, Paul DuLac, Charles Edwards, William Lester, Robert Hall and Alfred Byers. Of ragtime interest are his The Rag Baby (1916) and A Ragtime Travesty on Carmen (1918).