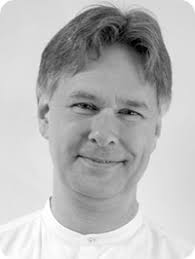 Winges is a graduate of the College-Conservatory of Music - University of Cincinnati, San Francico State University, and has studied at the Musikhögskolan in Stockholm, Sweden. His principal teachers were Ellsworth Milburn, Henry Onderdonk, and Arne Mellnäs.

Winges composes for orchestra, mixed chorus, wind ensemble and chamber ensembles. His works have been performed by the Pittsburgh New Music Ensemble, the New Jersey Percussion Ensemble, the San Francisco Contemporary Music Players, the Verge Ensemble, the American Modern Ensemble, Earplay, Works-in-Progress: Berlin, and many others.

Mark is a fellow of the MacDowell Colony, where he has had multiple residencies. He has also had residencies at Fundación Valparaiso, in Mojácar, Spain (2010) and the Ragdale Foundation in Lake Forest, Ill. (2013). He is composer/advisor for the chamber choir Volti. He was also composer-in-residence for the San Francisco Choral Artists for the 2012/13 season.