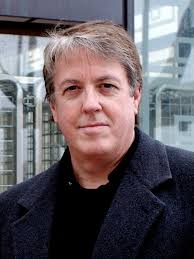 Watters is a six-time Emmy Award-winning composer and conductor whose diverse career spans 400 television episodes, feature films, DVDs and video games. He has served several terms as Music Governor on the Television Academy’s Board of Governors, and is in his third year as Co-Chair of the Academy’s Creative Arts Emmy Awards Committee. Mark holds the distinction of serving as music director for two Olympics: the 1996 Centennial Games in Atlanta, and the 2002 Salt Lake City Winter Olympics.

His numerous appearances as guest conductor have included those with the Los Angeles Philharmonic, the Los Angeles Chamber Orchestra, the London Symphony, the Detroit Symphony and numerous others. In 2002, Mark was asked by John Williams to co-conduct the Academy Awards. Last year marked his third tour conducting “Star Wars In Concert,” this time in Japan with the Tokyo Philharmonic.

Recent projects include serving as music director for the highly acclaimed animated series, “Have A Laugh,” a three-year project to restore and re-record 60 classic Disney shorts from the ‘30s and ‘40s. 2012 marked his debut with Pixar Animation Studios with his original score for Time Travel Mater and serving as principle arranger for "Pixar In Concert" which has enjoyed numerous performances around the world. Most recently, he scored the 2013 Oscar-nominated short, Get A Horse, which appeared in theaters with the blockbuster Frozen.