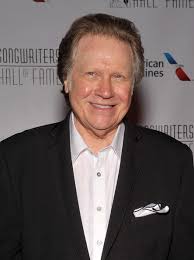 By the late 1960s, James was signed as a staff songwriter to Memphis producer Chips Moman’s publishing company, Moman producing Thomas’ versions of The Eyes Of A New York Woman, Hooked on a Feeling, and It's Only Love from 1968 to 1969 (all of which achieved success).

James released his own version of Suspicious Minds, also produced by Moman, on Scepter Records in 1968, which recording, with more-or-less the same arrangement, eventually became a smash for Elvis Presley in the following year.

In 1973, James' song Sunday Sunrise was recorded by American Country singer Brenda Lee. Brenda Lee's version was a huge hit becoming a top ten single on multiple charts in the U.S. In 1975, Canadian musician Anne Murray covered Sunday Sunrise. Elvis Presley continued to record James' songs, Raised On Rock, It's Only Love, and Moody Blue (the title track to Presley's last studio album). But James' greatest success came with Always On My Mind, a collaboration with Johnny Christopher and Wayne Carson and issued as a b-side by Presley in 1972. A decade after Always on My Mind was released, Willie Nelson covered it and it became a huge hit for him. James won a Grammy Award for Song of the Year and Grammy Award for Best Country Song for Nelson's version.

On October 11, 2015 in Nashville, Tennessee, James entered the Nashville Songwriters Hall of Fame along with Rosanne Cash, Even Stevens, and several others.