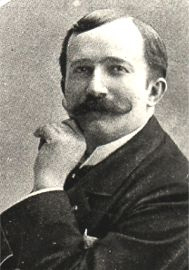 Marche Lorraine is one of Gustav Louis Ganne's most well-loved marches. It radiates a luminous sophisticated elegance. This march has played an important historic role in France and the Alsace Lorraine area.

Marche Lorraine was composed in 1892. The latter half is taken from a song from Lorraine. Originally it was written as a simple piano piece for a gymnastic festival in Nancy, capital of Lorraine. A patriotic text made it a rallying song for reintroduction of the French provinces. During the Second World War, March Lorraine became the march of the free French Forces, which had a cross of Lorraine as their symbol.