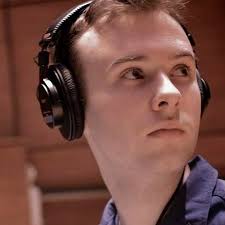 March Jejune is an exploration of the march form, a type of composition that has been such an important part of the American musical heritage. There is some ryeness and tongue in cheek, but the work is also a deeply felt tribute to the musical form.

"Jejune" can mean youthful, unbridled enthusiasm or vigor, or it could be mean dry, uninteresting and intellectually unsatisfying. The composer invites the listener to decide which definition is more appropriate. (The composer instructs the musicians to play "churlishly.")

Marche Jejune was written as both an homage to the march form and a tongue-in-cheek exploration of it. While the march makes use of traditional approaches to brass and percussion, there are more modern, non-traditional elements present -- bitonality, mixed meter, and incongruous changes of dynamic, to name a few. These newer elements are in contrasting balance to the aspect of the Marche with the oldest roots: its form. Rather than using the common American march form, it utilizes the European march custom of recapitulation after the breakup strain, which is a technique that predates the march music era itself.