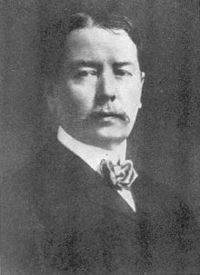 Subtitle: From The Pasha's Guard

This delightful, mid-tempo march is taken from Chadwick's operetta Tabasco, and dates back to 1894. A light-hearted feel permeates, with a spirited 6/8 feel.

Originally performed in 1894, the Burlesque Opera of Tabasco (also sometimes rendered Burlesque Opera Tabasco) is a musical comedy composed by George W. Chadwick with a libretto by R. A. Barnet. At first titled Tabasco, the opera was created without the knowledge of McIlhenny Company, maker of Tabasco brand pepper sauce since 1868. The company, however, subsequently approved its performance. The opera went on to tour the U.S. to critical acclaim, but disagreements between Chadwick and the musical's producer eventually derailed its success.

The opera centered on a Middle Eastern pasha who craved spicy food. Enraged by the blandness of fare provided by his royal kitchen, the pasha threatened to chop off the head of his French chef (actually a masquerading Irishman). The chef frantically searched the city for seasonings and ran into a blind beggar who gave him a mysterious potion. The concoction turned out to be Tabasco brand pepper sauce. Its piquant flavor satisfied the pasha and saved the day.