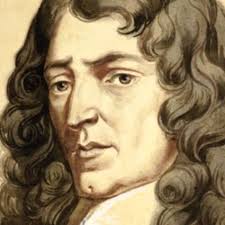 Exceptionally prolific and versatile, Charpentier produced compositions of the highest quality in several genres. His mastery in writing sacred vocal music, above all, was recognized and hailed by his contemporaries.

Any family relationship between him and Gustave Charpentier, the late-nineteenth and early-twentieth century French opera composer, is highly unlikely.

Charpentier was born in or near Paris, the son of a master scribe who had very good connections to influential families in the Parlement of Paris.Marc-Antoine received a very good education, perhaps with the help of the Jesuits, and registered for law school in Paris when he was eighteen. He withdrew after one semester. He spent "two or three years" in Rome, probably between 1667 and 1669, and studied with Giacomo Carissimi. He is also known to have been in contact with poet-musician Charles Coypeau d'Assoucy, who was composing for the French Embassy in Rome. He acquired a solid knowledge of contemporary Italian musical practice and brought it back to France.

Immediately on his return to France, Charpentier probably began working as house composer to Marie de Lorraine, duchesse de Guise, who was known familiarly as "Mlle de Guise." For the next seventeen years, Charpentier composed a considerable quantity of vocal works for her, among them Psalm settings, hymns, motets, a Magnificat setting, a mass and a Dies Irae for the funeral of her nephew Louis Joseph, Duke of Guise,[8] and a succession of Italianate oratorios set to non-liturgical Latin texts.

During his years of service to Mlle de Guise, Charpentier also composed for "Mme de Guise", Louis XIV's first cousin. It was in large part owing to Mme de Guise's protection that the Guise musicians were permitted to perform Charpentier's chamber operas in defiance of the monopoly held by Jean-Baptiste Lully. Most of the operas and pastorales in French, which date from 1684 to 1687, appear to have been commissioned by Mme de Guise for performance at court entertainments during the winter season.

By late 1687, Charpentier entered the employ of the Jesuits. Indeed, he is not named in the princess's will of March 1688, nor in the papers of her estate, which is strong evidence that she had already rewarded her loyal servant and approved of his departure.

During his seventeen-odd years at the Hôtel de Guise, Charpentier had written almost as many pages of music for outside commissions as he had for Mlle de Guise. For example, after Molière's falling out with Jean-Baptiste Lully in 1672, Charpentier had begun writing incidental music for the spoken theater of Molière.

From late 1687 to early 1698, Charpentier served as maître de musique (music master) to the Jesuits, working first for their collège of Louis-le-Grand (for which he wrote David et Jonathas and where he was still employed in April 1691) and then for the church of Saint-Louis adjacent to the order's professed house on the rue Saint-Antoine.

Charpentier was appointed maître de musique for the Sainte-Chapelle in Paris in 1698, a royal post he held until his death in 1704.

His compositions include oratorios, masses, operas, and numerous smaller pieces that are difficult to categorize. Many of his smaller works for one or two voices and instruments resemble the Italian cantata of the time, and share most features except for the name: Charpentier calls them air sérieux or air à boire if they are in French, but cantata if they are in Italian.