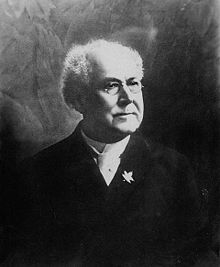 The Maple Leaf Forever is a Canadian song written by Alexander Muir (1830–1906) in 1867, the year of Canada's confederation. He wrote the work after serving with the Queen's Own Rifles of Toronto in the Battle of Ridgeway against the Fenians in 1866.

Muir was said to have been inspired to write this song by a large maple tree which stood on his street in front of the Maple Cottage, a house at Memory Lane and Laing Street in Toronto. The song became quite popular in English Canada and for many years served as an unofficial national anthem. Because of its strongly British perspective, it became unpopular amongst French Canadians, and this prevented it from ever becoming an official anthem, even though it was seriously considered for that role and was even used as a de facto anthem in many instances.

Commissioned by the Intermediate Music Subject Council of the Ottawa-Carleton Elementary Teachers Federation, this grade 2 setting of Alexander Muir’s classic song combines chorale-like material for the woodwinds and brass with a subtle yet driving rhythmic motif in the percussion section. The Maple Leaf Forever is perfect for your Remembrance Day presentation, or as a contrasting lyrical piece at festival.