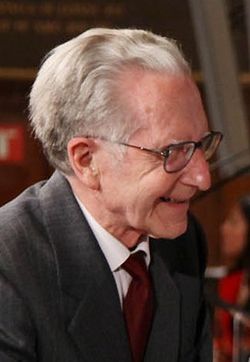 Manuel Oltra i Ferrer (8 February 1922, Valencia, Spain – 26 September 2015, Barcelona, Spain) was professor of music at the Superior Conservatory of Music of Barcelona and composer, especially of choral music and for cobla.

Oltra's family moved to Barcelona when Manuel was not yet a year old, and it was in this city where he lived and carried out his professional activity. At fourteen years he began musical studies with the maestro Josep Font i Sabaté; The Civil War and military service in Morocco , however, slowed down the musical progress. Even so, he still arranged during a forced military stay in Ceuta a place of professor at the Hispano-Moroccan Conservatory of Tetuan (1944-1947). Back in the city of Barcelona, he was appointed choir director of the Club Excursionista de Terrassa and the Institució Folklòrica Montserrat, in Barcelona. Duringthis period he transcribed numerous Catalan folk ballets for cobla and other instrumentations. He also taught at the Joan Llongueres Rhythmic Institute and the musical director of Esbart Montseny (from 1955 until 1961).

Between 1957-1958 he solidified his music studies at the Superior Conservatory of Music of Barcelona with the help of the teachers Toldrà, Zamacois, Ricart i Matas and Joan Gibert. After this passage, he joined immediately (1959, and until 1987) as a center teacher. Ten years later he became a professor of harmony, counterpoint, flight and musical forms, and he was still deputy director between 1973 and 1981.

Oltra wrote a wide variety of music, which includes practically all concert genres: harmonization of popular melodies, chamber music, symphonic, cobla and lyrics by Pere Quart , Federico García Lorca, Rafael Alberti and others. He specialized in the fields of choral music and concerto music for cobla, and was also the composer of some thirty sardanas.

As a public acknowledgment of his work, in 1994 he received the National Music Prize in the composition section, and also obtained the National Prize of Popular and Traditional Culture in the category of traditional music, both instituted by the Generalitat Of Catalonia. In 2006 he received the Agustí Borgunyó National Prize and in April 2010 he was awarded the Creu de Sant Jordi by the Generalitat de Catalunya.