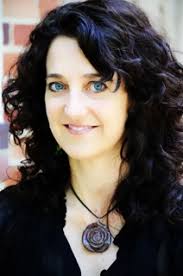 Subtitle: Symbol of Courage and Peace

This programmatic musical work based on the book I Am Malala, the Girl Who Stood Up for Education and Was Shot by the Taliban, by Malala Yousafzai with Christina Lamb. It follows the story of activist Malala Yousafzai, born in Mingora, Pakistan, in July 1997. Yousafzai spoke against the Taliban’s ban against girls going to school as her town fell under Taliban rule. In 2012, a death threat issued by the Taliban against her and her family resulted in a gunman shooting 15-year-old Malala in the head while she was traveling home from school. Malala’s survival brought greater global awareness and action to the issues of girls in Pakistan and many other countries. Malala’s fight for justice continues today and has inspired millions of others to advocate and fight for the rights of girls across the globe. In 2014, Malala, as she is known worldwide, became the youngest recipient of a Nobel Peace Prize for her humanitarian work.

There are four distinct sections in the musical work, Malala – Symbol of Courage and Peace. The introduction includes a lilting Pakistani-inspired melody and the chatter of birds that symbolizes Malala, her journey and her peaceful beginnings in Mingora, Swat Valley, Pakistan. The second section represents the entering of the Taliban into the valley with a new thematic material of a fragmented jihadi chant that slowly takes over the texture and changes to tone from peace to fear and violence. The third section transitions into the starkness of Malala’s assassination attempt and the activation of prayers for Malala’s healing are heard from around the world. The conclusion rises with an uplifting section representing a renewed feeling of hope and global action for lasting change for human rights and education for all. Malala – Symbol of Courage and Peace incorporates fragments of traditional Pashtun modes, melodies, and rhythms from Pakistan and Afghanistan, jihadi chants, prayers from the Quran and other religions, human voice, instrument key clicks and air sounds infused with western classical forms and harmonies. The narration gives the piece context, adding the voice of Malala through her stories and quotes that were adapted from her book.