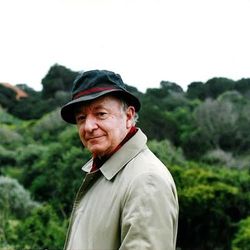 Mah Nà Mah Nà is a popular song by Italian composer Piero Umiliani. It originally appeared in the Italian film Sweden: Heaven and Hell (Svezia, inferno e paradiso). It was a minor radio hit in the U.S. and in Britain, but became better known internationally for its use by The Muppets and on The Benny Hill Show.

Mah Nà Mah Nà first gained popularity in English-speaking countries from its use in a recurring blackout sketch for the 1969-70 season of The Red Skelton Show first airing in October 1969.

Sesame Street producer Joan Ganz Cooney heard the track on the radio and decided both it and a shaggy puppeteer named Jim Henson would be perfect additions to the show. First performed by Jim Henson (Kermit et al.), Frank Oz (Fozzie Bear et al.) and Loretta Long (Susan) on the fourteenth episode of the long running children's show broadcast on November 27, 1969, the song entered the public consciousness of the latter half of Baby Boomer children. The following Sunday when Henson and his Muppets performed the song on the Ed Sullivan Show, it became an instant classic. Seven years later the song would also be part of the premiere episode of The Muppet Show in 1976.

Starting in 1971, The Benny Hill Show -- in its second incarnation now at Thames Television where it launched in 1969 in color -- implemented Mah Nà Mah Nà as part of a comic background music medley that would run during their often filmed slapstick sketches. The medley became a Benny Hill Show tradition for the rest of its run.

The song's lyrics contain no actual words, only iambic nonsense syllables resembling scat singing, and uses the musical technique of interpolation where melodies are abruptly cut off and replaced with new ones. One of the scatting melodies quoted is the first few bars of the Swedish Rhapsody by Hugo Alfvén. The Italian tune Santa Lucia is also quoted. The Muppets' version includes part of Lullaby of Birdland by George Shearing. It was originally taken from the French musical, Me Noi Me Noi (not me not me).