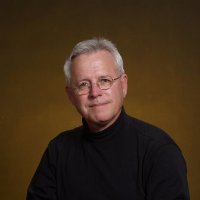 At my first Midwest Clinic in 1987 I was walking out of the Navy Band's performance of Frederick Fennell's NEW edition of Lincolnshire Posy conducted by Fennell. The unexpected death of Claude T. Smith had just been announced, and I was a mixed bag of emotions. Reeling from the joy of my first Midwest Clinic experience, the outstanding concert and the tragic announcement, I suddenly felt a hand on my shoulder. It was fellow Virginia music educator John Casagrande. With one hand on my shoulder and a finger of his opposite hand pointed at me he said, "You need to bring your band here to perform!" In shock I responded with something sarcastic like, "Yeah! Right!" Such was the style of Casagrande, always encouraging, always engaging, and persistent. I thought he was out of his mind to suggest such a thing, but he planted the seed. So in 1990 I was thrilled to conduct the Sandusky Middle School Band from Lynchburg, Virginia, at the Midwest Clinic with John Casagrande in the audience. In 2019 when the Virginia Band and Orchestra Directors Association commissioned a new work for the Virginia All State Band so soon after the death of Casagrande, it gave me all the inspiration I needed to compose the work.

Maestro! is written in a traditional style because John was a traditional guy. Fond of his Italian heritage and possessing a booming voice, when he was in the room, we knew it and we flocked to him. All of us pursue better living and higher expectations of ourselves because of the maestros in our lives.