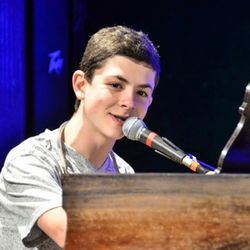 Louis A. Josephson (b. 2001, New Jersey) is an American composer, conductor, multi-instrumentalist and student.

Josephson is a graduate of the Juilliard School’s Pre-College Division, and is currently [2021] continuing his undergraduate studies in composition at The Juilliard School with Robert Beaser. He has studied music composition and conducting at both the Carnegie Mellon University Pre-College Summer Program and the Honors Music Program of Westminster Conservatory. He has studied composition with Eric Ewazen, Mark Fromm, Craig Levesque, and Michael Green. He has also studied conducting with Maestro Daniel Nesta Curtis and Richard Tang-Yuk.

Louis has been active in the music scene throughout the United States and Europe. He has conducted and had his works performed in various venues including New York, New Jersey, Pittsburgh, Florida, Prague, Finland, and Salzburg. Additionally, he has music directed and played keyboards and percussion for multiple musicals and ensembles. Highlights of the 2019-2020 season include the world premiere of Hyperactivity performed by the Juilliard Pre-College Symphony and the premiere of his String Quartet No. 1. This past summer, his original musical, Relapse, was selected to be premiered at the 4th Annual New Jersey Fringe Festival in 2019.

Louis A. Josephson strives to speak to all audiences through a palette of emotions and textures.