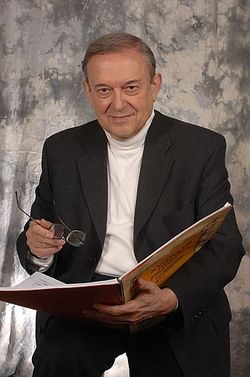 Chobanian was introduced to serious music at an early age. His father, Ohannes Chobanian, an oil engineer and an amateur musician, was a versatile performer on the piano, the flute and the violin. When he was only five years old, his father wrote an operetta for him entitled O Loris!, which he sang in the city of Kirkuk.

Young Chobanian attended Baghdad College, an Irish-American Jesuit High School, and in 1955, began to perform classical guitar regularly on Baghdad television. He immigrated to the United States in 1960, became a citizen, and studied at Louisiana State University and Michigan State University. He taught at Baldwin-Wallace College (composition and guitar) and the Oberlin Conservatory of Music (flute). From 1974-1976, he was chairman of the Guitar Division of the American String Teachers Association and organized the first guitar convention in the United States, which became a model for subsequent guitar conventions. The Guitar Foundation of America was founded soon thereafter.

Chobanian has performed as a guitarist on many television shows and in concerts throughout the United States. He has received numerous commissions to compose music for orchestra and guitar, including those from the Cleveland Ballet, the Ohio Chamber Orchestra, the American Wind Symphony Orchestra, and the University of St. Thomas, St. Paul, MN=inn.