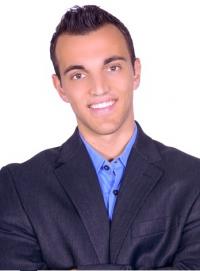 Larson is an active professional composer with a specialization in choral music, art song, and the development of a new subgenre of classical music he invented entitled New Wave Classical Art Music. The genre’s characteristics include fixed media tracks with electronic production timbres and textures not currently within the classical arts. The acoustic instruments use idioms of “traditional” classical music such as orchestration, counterpoint, church modes, and mode mixture. By combining the acoustic instruments with the visceral synths and drums of EDM (electronic dance music), new possibilities are created for the classical genre. He has received mentorship from large EDM artists such as Ace Aura and LAXX. Larson's research interests are finding connections between classical music and EDM.

The build and release of tension is a primary source of inspiration behind the creation of Larson’s playful melodies and hypnotic rhythms. His instrumental works are known for the incorporation of classical music elements with more contemporary music techniques found in genres such as EDM, hip-hop, and rap. He has worked with musicians from around the globe and has been commissioned to write works for groups such as the GRAMMY-nominated string quintet, Sybarite5, the Iowa Composers Forum, University of Kansas Symphonic Band, and individual musicians. His compositions have been performed across the world in cities such as Toronto, Canada; Trieste, Italy; and Queensland, Australia.