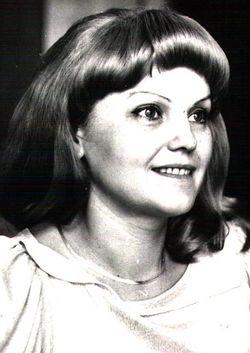 From 1965 to 1971, Dr. Alexandra studied at the Ciprian Porumbescu Conservatory (now the National University of Music Bucharest) under Tudor Ciortea and Tiberiu Olah and took composition courses in 1974, 1978, 1980 and 1984 in Darmstadt, Germany. She had a doctorate in musicology and taught composition, orchestration, and music analysis at the Conservatory from 1971 until her death in 2011.

A prolific composer in the neoromantic style, Alexandra had over 100 of her works performed and published in Romania. According to musicologist Octavian Cosma, she was "in her element with orchestral and chamber music, employing repetitive and evolving techniques, with melodic lines which suggest lyricism and meditation" and an instrumentation that used "a palette of delicate, pastel colours."

Alexandra married the Romanian cellist and composer Şerban Nichifor in 1978. They performed together as Duo Intermedia from 1990 and were co-directors of the Nuova Musica Consonante - Living Music Foundation Festival.

In 2011, Liana Alexandra: Marturii despre muzica ei (Liana Alexandra: Confessions about her Music) was published by Editura Stephanus in a bilingual Romanian and English edition. The book is an anthology of writings on Alexandra's music by composers, critics and musicologists including Viorel Cosma, Grete Tartler, Robert Voisey, and Jacques Leduc.