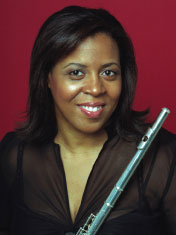 Let Woman Choose Her Sphere is a three-movement work composed for wind ensemble for the centennial of the ratification of the 19th Amendment. Songs and anthems played a critical role within the suffragist movement as a means to energize and recruit more women to the cause. Rally songs and chants brought women together to galvanize the movement. Anthem explores this mobilization with an opening rally shout, which becomes the refrain throughout the movement. The shout moves into a verse without words, inspired by Dame Ethel Smyth’s The March of the Women, heard in the soprano saxophone solo. The movement picks up intensity through a multimeter section that gives snapshots of rallies across the UK and America, as the suffragists of both countries found a connection through an interchange of songs and rally chants.

The second movement, In Memoriam, begins with a cornet solo in the style of the military bugle call of Taps, serving as a ballad to commemorate women in service within all branches of government. The solo is multifaceted in its delivery: it starts with a tone of solitude that represents dignity and honor, shifts to a more passionate tone to represent resolve in the face of navigating through misogyny, and concludes with triumph through the building of a major chord in the entire ensemble. The moment shifts to a robust chordal dignity that serves as the supporting structure of the melody heard in the alto saxophone solo. The movement, which can be played as a standalone work, ends with a return of the opening solo.

The third movement, Spheres, is dedicated to women of color who were on the front lines of the suffragist movement in the fight for equality and voting rights, despite facing rejection and discrimination from their white counterparts, who viewed them as a hindrance and distraction. This movement represents the fierce determination and triumph of persistence. Similar to the second movement, it also can be played as a standalone work. It begins with a solo voice, this time represented by the English horn. Women like Fannie Lou Hamer, Ida B. Wells-Barnett, and Nannie Helen Burroughs are represented here through soaring melodies within the call-and-response between trumpets and flutes. This eventually gives way to a fanfare filled with driving determination, represented by the quicksilver scalar passages in upper woodwinds, and finally quiets down to a simmering blanket of potential and hope for equality yet to come.

This work was created with the support of a consortium of women band directors led by Courtney Snyder of the University of Michigan.