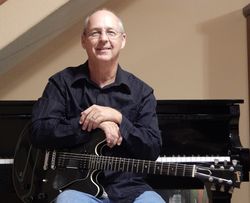 Leon Steward (b. 28 May 1959, Baytown, Texas) is an American composer, educator and publisher.

Mr. Steward attended Lamar University in Beaumont, Texas, where he earned a BS in Music Theory and Composition 1981, and a MM in 1988. He has taught band in Texas since 1981, and resides in Hondo, Texas where he teaches High School band and Jazz ensemble. Mr. Steward has also taught at West Hardin CCISD, Orangefield High School, and Bridge City High School. He is a professional horn player who has performed with the SE Texas Reading Band, The Houston Symphonic Band, The Symphony of SE Texas, The Regal Brass, And the West Winds WW Quintet.

He is the owner of Echelon Music press, specializing in band and orchestral publications.