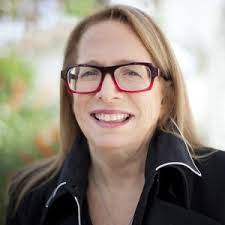 Karpman's work has included music for film, television, video games, theater, and the concert hall. She has won five Emmy Awards for her work. Compositions by Karpman have been commissioned by Tonya Pinkins, Los Angeles Opera, American Composers Orchestra, Czech Philharmonic, The Juilliard Choral Union, Pacific Serenades, and percussionist Evelyn Glennie. They have been performed internationally.

Karpman's theater catalog includes three musicals for Los Angeles's "A Noise Within" theater company, as well as underscores for dozens of classic plays. Among her media music credits are Steven Spielberg's Emmy-winning, 20-hour TV miniseries Taken; and PBS's series The Living Edens (for which she received nine Emmy nominations). She has scored numerous films, television programs and video games (including music for Halo 3 and her award-winning score for EverQuest II). Karpman received an Annie Award nomination for A Monkey's Tale, a short film commissioned by the Chinese government.

Karpman's Grammy-winning Ask Your Mama premiered at Carnegie Hall on March 16, 2009, with performances by Jessye Norman, Cassandra Wilson, The Roots, and the Orchestra of St. Luke's conducted by George Manahan.

Later, Karpman created The 110 Project, a work commissioned by the L.A. Opera as a paean to the city's first freeway, I-110, which turned 70 in 2009. In 2014, Karpman co-founded the Alliance for Women Film Composers with Lolita Ritmanis and Miriam Cutler. The organization provides visibility and advocacy for women composers. In 2016, she became the first woman elected to the music branch of The Academy of Motion Picture Arts and Sciences Board of Governors. In 2020, Karpman was hired to compose the score for the Marvel Studios animated anthology series What If...?.