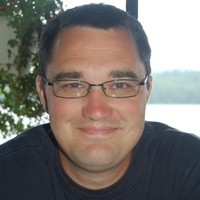 In the Renaissance, laude were vernacular sacred songs. In this work, both vernacular and sacred aspects of school and students are represented. The vernacular is represented by the driving sixteenth-note hi-hat figure in the opening, and the chord progressions, bass line, and melodies -- all reminiscent of pop music. The sacred facet of the piece deals with transformation.

The work opens in G minor and moves through an unsettled introduction, a resolute A section, and a questioning B section, and on to a giant climax on octave Ds throughout the ensemble. The section that follows transforms the B material, and serves as a dominant pedal leading to a shortened recapitulation of all the previous material in a joyous and triumphant transformation in G major.