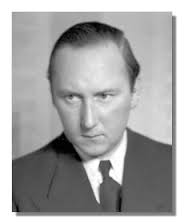 Lars-Erik Vilner Larsson was born the son of a factory worker and a nurse. He studied with Ellberg at the Stockholm Conservatory (1925–1929) and with Alban Berg and Fritz Reuter in Vienna and Leipzig (1929–1930), then worked for Swedish radio and taught at the Stockholm Conservatory (1947–1959) and Uppsala University where he held the position as Director musices (1961–1966).

His style as a composer is eclectic, ranging from the late Romantic to techniques derived from Arnold Schoenberg's twelve-note system, but original in method. He was the first Swede to write serial music (1932). Yet other works of that period are post-Sibelian or neo-classical, and his output generally is characterized by variety of style.

He wrote for the theatre, cinema and broadcasting, in addition to the more traditional forms of symphony, concerto, chamber and vocal music. He wrote two of the most popular works in Swedish art music. Pastoral suite (Pastoralsvit), for chamber orchestra, Op. 19 (1938), and A God in Disguise (Förklädd gud), a non-religious lyrical suite for mixed chorus, soloists and orchestra, Op. 24 (1940. Larsson's most important symphonic works are his three symphonies for full orchestra.

He also wrote a series of 12 concertinos for solo instruments: flute, saxophone, clarinet, bassoon, oboe, horn, trumpet, trombone, violin, viola, cello, double bass and piano. Larsson's concerto for alto saxophone, written for Sigurd Raschèr in 1934, is one of the first major works for saxophone to utilize ideas of non-standard tonality.