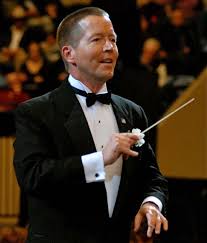 Larry MacTaggart (b. 1958, Moline, Ill.) is an American composer and arranger.

In 1985, he was selected principal percussionist with the United States Air Force Strategic Air Command Band stationed at Offutt Air Force Base, Nebraska. He served in this position until 1995 when he was appointed chief musical arranger for the unit. In 1997, MacTaggart was reassigned to the United States Air Force Band in Washington D.C. as a staff music arranger. He was appointed Chief Music Arranger and Production Manager in 2001.

In 2007, MacTaggart was assigned to serve as the career field functional manager for 700 Air Force band members. Based out of the Pentagon, he coordinates all matters pertaining to manning, assignments, deployments and training of twelve Air Force bands.