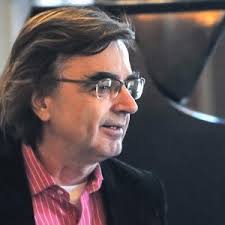 Bell received his DMA from The Juilliard School, working in composition with Vincent Persichetti and Roger Sessions, in solfège with Renée Longy, piano with Joseph Bloch and with Joseph Rollino privately in Rome.

Bell’s music has been widely performed in the United States and abroad by such orchestras and ensembles as the Atlanta Symphony, Seattle Symphony, RAI Orchestra of Rome, and many others. The Juilliard String Quartet premiered Bell’s first String Quartet, written when the composer was only twenty-one. Bell’s music has been commissioned and performed by a distinguished array of performers including Eric Bartlett, Joel Krosnick, Andres Diaz,and Ayano Ninomiya, and conductors Jorge Mester, Gerard Schwarz, Gil Rose, and Benjamin Zander. He and his music have also been the subject of documentaries on National Public Radio’s “New Directions in Europe,” and Concertzender, Radio Amsterdam.

As a pianist Bell performs his music regularly and has championed works by American composers. He has given recitals throughout the United States, as well as in Italy, Austria, and Japan. Bell is frequently heard on Boston’s WGBH-FM radio, has given their first live broadcast on the World Wide Web of his trio Mahler in Blue Light, and performed as soloist on CDs of his Piano Concerto and Piano Sonata.

Dr. Bell is a professor of music at the Berklee College of Music, Boston.